Last night I gave Leonard some alone time to work on a Constellation Games bonus story. I went to Ward III, a Manhattan bar that does bespoke cocktails. They have a menu of predesigned cocktails as well, but if you tell them, "I would love something bubbly with basil and lemon," they think about it and figure something out. I especially appreciate that they are perfectly fine with making interesting nonalcoholic drinks. I don't know a better place to get a bespoke mocktail.

While there, I read a bit of Making Software. One of its editors also cowrote "Empirical Software Engineering: As researchers investigate how software gets made, a new empire for empirical research opens up" in the latest American Scientist, in case you want a taste of his approach. We can now do metasurveys and overviews of existing research into software development, and the science says:

Pair programmers tend to produce code that is easier to understand, and they do so with higher morale. Their productivity may fall initially as the programmers adjust to the new work style, but productivity recovers and often surpasses its initial level as programmer teams acquire experience.... 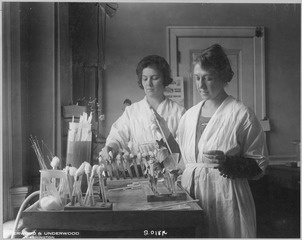 Large meta-analyses and further studies by Hannay and others conclude that a programmer’s personality is not a strong predictor of performance. The people who swear by their beliefs about personality and programmer success have now been given reason to assess their position critically, along with methodological support for doing so....

....the distinctions between the two worlds are often illusory. There are cathedrals in the open-source sphere and bazaars in the closed-source. Similar social and technical trends can be documented in both.... Schryen and Rich sorted the packages they studied within categories such as open- and closed-source, application type (operating system, web server, web browser and so on), and structured or loose organization. They found that security vulnerabilities were equally severe for both open- and closed-source systems, and they further found that patching behavior did not align with an open–versus-closed source divide. In fact, they were able to show that application type is a much better determinant of vulnerability and response to security issues, and that patching behavior is directed by organizational policy without any correlation to the organizational structure that produced the software. 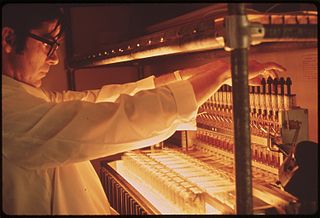 I read about software engineering research while sitting at the bar, over lemon-lime-and-bitters and devilled eggs served with slices of jalapeño. I always love getting to watch people who are good at their jobs, and the craftsmen at Ward III have a particularly explicitly collaborative style with their customers. One of them, Michael J. Neff, blogs at Serious Eats about cocktails and tending bar. He writes thoughtfully about the use of sugar, free-pouring versus using jiggers to measure, why Californians like us find hurricanes so unsettling ("I tend to think natural disasters should be short, violent, and most of all, unannounced."), and the downside of cocktail nostalgia.

Much of the current cocktail trend is based on nostalgia, and it is difficult to say it, but many cocktails that we now call "forgotten classics" are forgotten for a reason. They have the shine of history, and we're told we are supposed to love them, but they're too sweet, they lack balance, and they kind of suck....

No matter what field you're in, it can be hard to hear criticism. It can be hard to switch habits in response to new data, from your customer or from research. But that's what learning is. Disequilibrium -- surprises, failures, jokes, and disorientations -- will always happen. Taking that opportunity to move away from a local maximum towards a global maximum is up to me.

Professional Education
I Watched NBC On Thursday Nights In The …

And Hanging On The Car Door Handle Was...A NetNanny!

Haze Outside, Malaise Inside

"How can I provide for this right thing to be always done?"

How I Thought About an In-Person Conference Choice

HTTP Can Do That?!