A few months ago, I was talking with one of MediaWiki's summer interns in our IRC chatroom. He confessed that he had procrastinated on the work for his project and was rushing to finish it before the deadline. We had a chat that he thought other people might also find useful, in thinking about work habits and discipline.

I asked this Google Summer of Code student, do you know what caused the delays, so that you can account for them in future projects? and he replied, to be honest, procrastination & laziness. I know it's very shameful. I try many times to come out of this vicious circle but keep falling in it again and again. 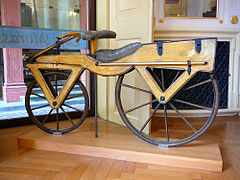 I asked him whether he knew what works to combat his own procrastination and laziness. The most important thing is acknowledging one's problems and then fighting them. For example, for me, I have a suite of tactics that I use to combat my laziness & procrastination. What has worked, and what hasn't worked? Well, for me, for example, merely promising something to myself and making deadlines for myself doesn't help. But setting up a meeting with a peer to sprint -- even if we're working on completely different things! -- or promising a peer or a mentor that I will give them something to review by $time or $date helps.

He said, "motivation works but only for some time."

I replied: "what do you mean by 'motivation'? Merely telling yourself to increase your willpower? I think for most people that is unsustainable."

Another woman agreed with me: "motivation only works if it's a core part of you (and even then for me it's more the worry that other people will find me to not have that quality)." I sympathized with her.

I continued with more tips. For example, I also try to set very small TODO lists each day, because I find that the most important thing is getting started, and avoiding feeling intimidated and overwhelmed. Then once I have the momentum of a little work under my belt, the energy and interest of the work itself keeps me going and then I accomplish a lot.

"So, I know this advice is coming a little too late for you to use it for GSoC, but an accountability buddy program is great," I told him. If he hadn't had daily deliverables due to his mentor during GSoC, then the next time he could try that -- or a private accountability group blog with you & two friends, posting each day what you did, what you aim to do, how long it'll take, and auditing yourself. Instead of budgeting for 8 hours of work each day, I budget tasks that will take at most 6 hours, because I know other random stuff will come in and need doing urgently, and some tasks may take longer than I've estimated. This also helps on the "less intimidating TODO list" front.

We also discussed education; many colleges teach mostly theory, and a student who wants practice has to find it on her own. I said that there is always that balance of theory & implementation/practice. I told him that I wish I had been more brave and bold about experimentation when I was in college. It's just software; if it breaks then you can fix it. I was too timid. I pointed him to a Geek Feminism post of mine for some insight on my education regrets and hopes.

And, on the improvement that comes from working in a different environment, I gave an example: "Friday, I was having trouble doing work while sitting on the couch, so I sat on the floor with my back to the couch, and that helped! just a tiny change of position signalled to my unconscious that it was not relaxation time. For me, it can be as little as a different chair in the same room."

He was pretty grateful.

Him: now i know the power of honest revelations, i was looking for this from so long!
Me: so the trick is not being disciplined about work -- that is ineffective, exhausting, and dispiriting -- but being disciplined about the habit that tricks us into working. No learning is wasted. Take this for next time.
Him: sumanah: i would shower a million thanks if i could, you have striked the very core problem of mine n gave me very practical solution
Me: the best thanks you can give me is to continue to contribute to Wikimedia and to tell your friends these tips as well
Him: sumanah: yes, I will keep contributing to the best of my abilities
Me: Yay!
...
Him: now, I really feel that I am not the loner who does all that stuff!
Me: you are not alone.
Him: you should also blog a few lines like the tip you told me, it would help millions
Me: I will strongly consider that. Thanks.

But the best part of that conversation, for me, was being able to tell someone, "you are not alone." That always makes a red-letter day.

Very Inspiring & extremely helpful, thanks for sharing this!

Choosing Older Or Younger Open Source Projects To Work On

A Perspective On Pain Scales

Conferences: Ask Your Venues And Hotels About Ventilation

HTTP Can Do That?!